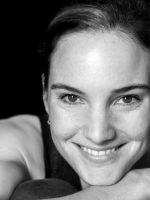 Jiří Kylián (Czechoslovakia, 1947) started his dance career at the age of nine, at the School of the National Ballet in Prague. In 1962 he was accepted as a student at the Prague Conservatory. He left Prague when he received a scholarship for the Royal Ballet School in London in 1967.  After this, he left to join the Stuttgart Ballett led by John Cranko. Kylián made his debut as a choreographer here with Paradox for the Noverre Gesellschaft. After having made three ballets for Nederlands Dans Theater (Viewers, Stoolgame and La Cathédrale Engloutie), he became artistic director of the company in 1975. In 1978 he put Nederlands Dans Theater on the international map with Sinfonietta. That same year, together with Carel Birnie, he founded Nederlands Dans Theater II, which served as a bridge between school and professional company life and was meant to give young dancers the opportunity to develop their skills and talents and to function as a breeding ground for young talent. He also initiated Nederlands Dans Theater III in 1991, the company for older dancers, above forty years of age. This three dimensional structure was unique in the world of dance. After an extraordinary record of service, Kylián handed over the artistic leadership in 1999, but remained associated to the dance company as house choreographer until December 2009. READ MORE

This is Jiří Kylián’s first summer at Springboard Danse Montréal.

Whereabouts Unknown Let me share with you a short story, which I think is significant for this work: The last duet is choreographed to the music of Charles Yves, entitled “The Unanswered Question”. In my opinion, this score is one of the finest musical compositions ever written….It stands for the mystery of our existence, as well as for the many “Unanswered” questions which accompany us from the beginning until the end. The choreography was made in one day, and the process of its creation was one of the strangest professional experiences I have ever had. It was on a Sunday, and I must admit that I have always loved working on Sundays. The reason for this is simple. It is because there is peace and quiet in the building, and because we are able to work undisturbed. On Sundays you don’t create because you have to, but because you want to…. It was on one of these Sundays in May 1993 that I have worked with two dancers – Jennifer Hanna and Jorma Elo. We have worked for many hours, and for most of the time without listening to the music. Almost for the entire time I had to think of a friend who died recently. At the end of the day the piece was finished – we ran it for the first time with the music. To our amazement, the length of the choreography matched exactly the duration of the music. I remember that when the dance finished, it was a very emotional moment for all three of us…. But my experience went far beyond the sheer satisfaction of a well accomplished work. I felt, that the choreography was not made by me, but that I was just an instrument whose duty was to make this event happen…. I found this experience very unusual, because I do not belong to any religion, which could have prepared me for such eventuality….But, in a strange way, it has much to do with my encounter with the Aboriginal people of Australia in 1980. There is a line in my work, which often traces the ‘whereabouts’ of our existence. love to walk along the traces, which old civilizations have left. Artifacts, materials or ancient believes speak for themselves in their beauty or ugliness. The attempt to travel back into the ancient worlds in order to question ours, can be beneficial – May be…. The title of this work is: “Whereabouts Unknown”. This is the standard description, written under a painting which is lost because of theft, revolutions, wars, ignorance or simple negligence. Much of our cultural heritage is lost on daily bases and my choreography is just a very small reminder of the fact that it might be good to be conscious of our “Whereabouts”. At least for the time we live…. – Jiří Kylián 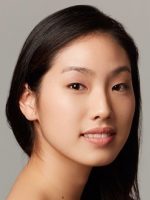 Stephanie Terasaki was born and raised in southern California. She attended the Orange County School of the Arts and received her BFA in 2016 from The Juilliard School. During her time at Juilliard she has had the opportunity to perform works by Kyle Abraham, Martha Graham, Eliot Feld, Camille Brown, Brian Brooks, Kate Weare, Paul Taylor, Loni Landon, and Bobbi Jene Smith. She has danced with GroundWorks Dance Theater for their 2016 summer and fall season and had the lovely opportunity of performing works by Robyn Mineko Williams, Adam Barruch, Beth Corning, and David Shimotakahara. She currently lives in New York City and dances with various companies including Brian Brooks Moving Company, ZviDance, and MeenMoves.